John Simes, has published his second surreal comic thriller. A Game of Chess is part of The Dream Factory trilogy which has been received with considerable acclaim by readers and his Los Angeles based editor, Angela Brown:

‘In my sixteen years of editing books, I rarely have come across a young-adult novel that is so beautifully and masterfully written. This book made me laugh out loud and also sent chills up my spine. Throughout the book your language is lovely and unique, and your characters are well drawn, highly original, and extremely likable.’

The action takes place in the village of Ringmore – Dingwell in the book! – and particularly the atmospheric Journey’s End pub – Westcombe, Dartmoor and London. “The coastal landscape here is simply inspirational – the third book in the trilogy will include several scenes on Burgh Island.”

The Storyline: For sixteen-year-old Peter Young, life is transformed when his brilliant parents are abducted after stumbling upon a life-changing invention that a sinister agency – The Golden Hand – is determined to steal. He flees to the Dream Factory, an old stone hut rebuilt by his father on the remote Eastcombe beach.

With the help of a revolutionary ephone called Om, and his girlfriend Navinda, Peter’s desperate search for his parents takes him from his sleepy Devon village to the chaos of London. However, Peter and Navinda are merely pawns in a deadly game of chess, orchestrated by criminal mastermind Rosencrantz and the sinister Golden Hand. Who will play the final checkmate?

“Some of the reviews for The Dream Factory really touched me,” said John.

This dark and compelling tale is lit by a coming of age love story that is beautifully described. Brilliantly crafted, comedic, thrilling and – above all else – thought provoking.

‘There is a shot or two of Gothic horror. Readers may well want to leave the light on all night! But that sits alongside some comedy – I particularly enjoyed writing that.’

“These novels are different. They are not in the same territory as Philip Pullman or JK Rowling. It is about how each of us sees our world. It is for adults but is intended as a challenging read for young adults too. It is an entertaining read as cult fiction, and it has an important message.”

The book launch is on the 20th October at 16.00pm at The Burgh Island Hotel, Bigbury-on-Sea, Devon. John will be reading some extracts from the book and signing copies. “It will be a fun evening in a truly historic setting, where Agatha Christie wrote two novels. The Pilchard Inn is providing a special real ale to mark the event – ‘Dream Factory Best Bitter’. A nice touch,’ said John.

A Game of Chess will be available in paperback from bookshops, Amazon, on Kindle, and other major platforms.

Vlad Krupa – Burgh Island General Manager – said, “We are delighted to welcome an important local author to the island, continuing its strong literary and artistic heritage. It will be wonderful for our guests to hear John read from A Game of Chess and talk about beautiful local landscape that has so inspired him.”

“I can’t wait,” said John. “For an author this is as good as it gets. I hope readers really enjoy it and want to interact with me via the website, Facebook and Twitter pages.” John will be signing copies of his new book, with profits going to his chosen charity Jigsaw4U http://www.jigsaw4u.org.uk/ 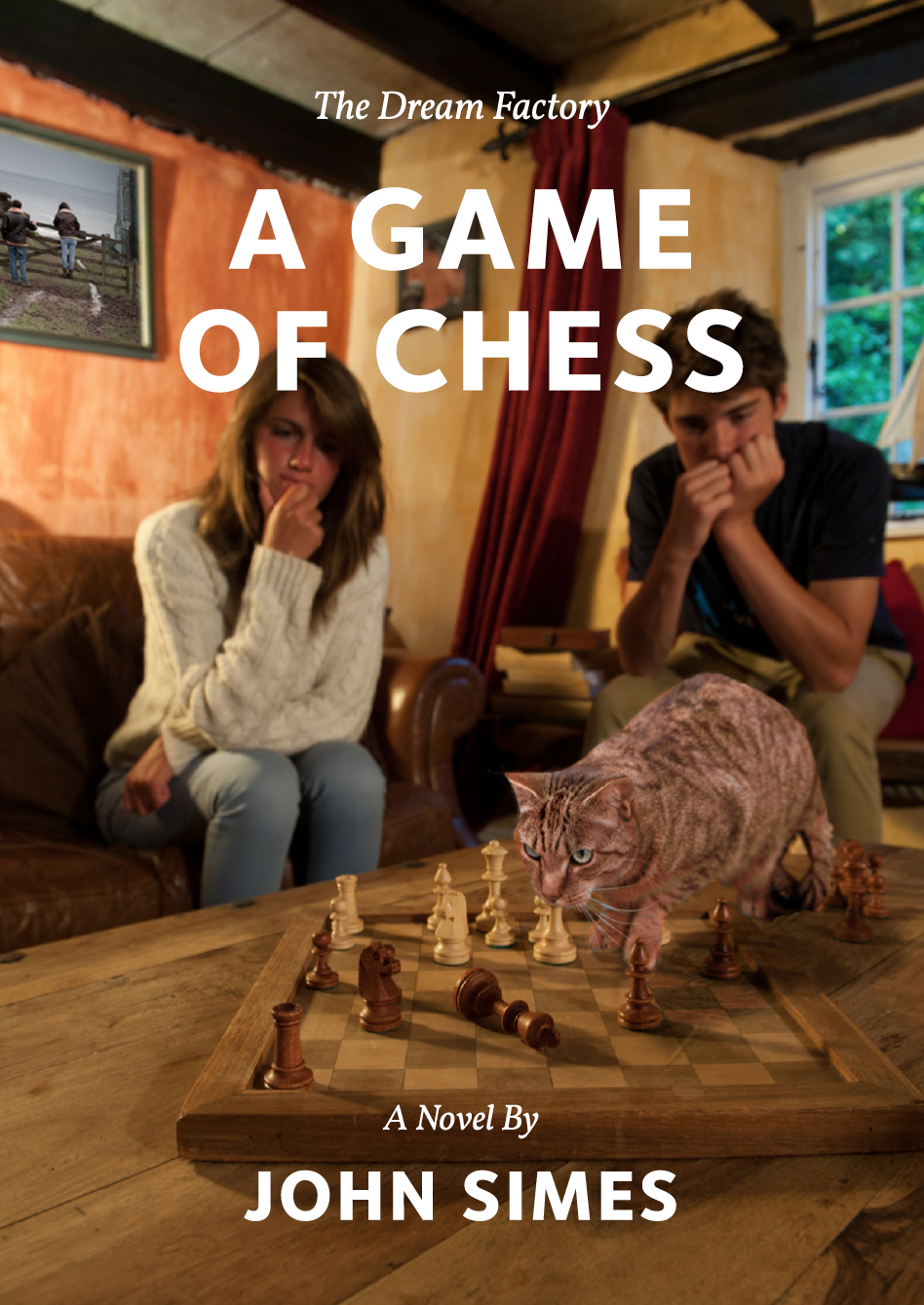 The first public event takes place in Devon’s best pub – ‘The Journey’s End Inn’, Ringmore. I used the village and this pub in particular for several crucial scenes in the thriller. The Journey’s End is providing a special real ale to mark the event – ‘Dream Factory Best Bitter’. A nice touch, courtesy of Summerskills Brewery. With some of Conor’s wonderful canapes it should be a great evening or readings, video, and book signing. Come along – you could book a meal before the event. I will be signing copies of his new book, with profits going to my chosen charity Jigsaw4U http://www.jigsaw4u.org.uk/

Bigbury Golf Club invites members and guests are invited to a special event on Thursday October 25th at 7.00 for 7.30pm at the club. Come and meet the characters – The Reverend Thomas Clodpole (and his children, Hendrix, Page and Clapton) Podkins, (the Porter at Lambeth Palace), Navinda Eman and Peter Young (the young lovers), DS Sarah Raine and Charlie, Sir Otis Bloodstock, and the evil Rosencrantz and The Golden Hand. John will also tell you about the locations he used – Ringmore, Westcombe, Cadover Bridge, Doctors Wood, and London.

So join us for an entertaining evening of video, short readings, q & a, Liz’s canapes, Dream Factory Best Bitter or a glass of wine. John will be signing copies of his new book, with profits going to his chosen charity Jigsaw4U http://www.jigsaw4u.org.uk/

More Events to come in London, Brighton, Steyning, Southampton, Plymouth – come back to this page for more news.